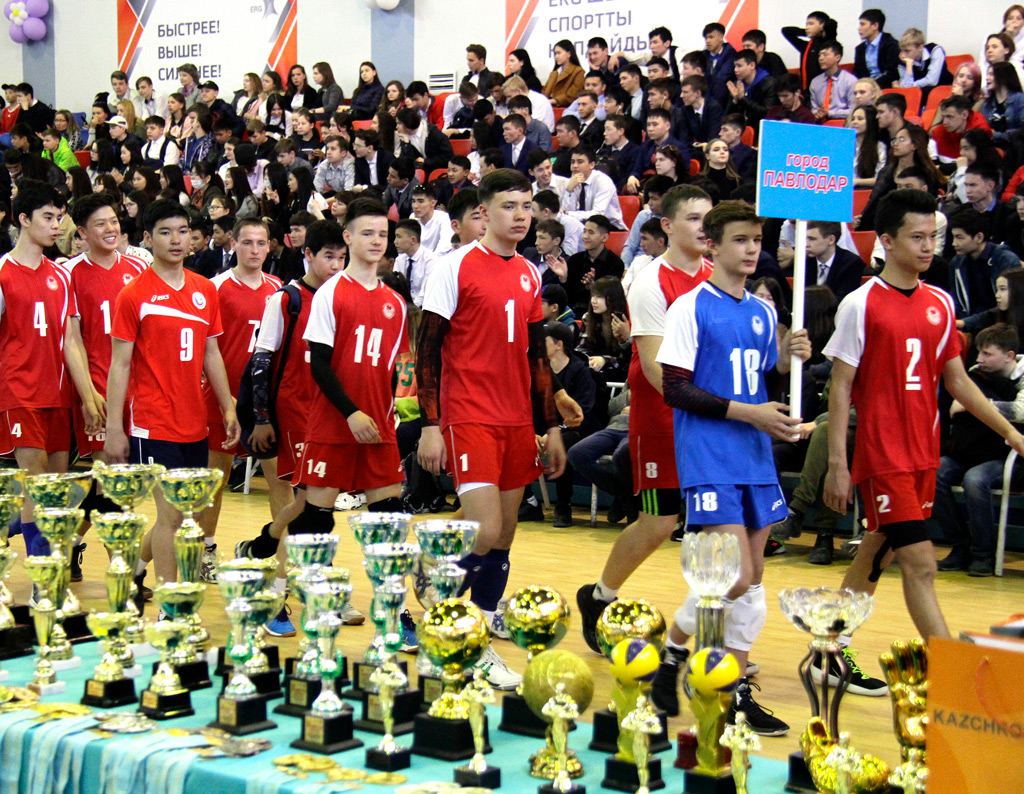 The International Children’s Sports Festival, which has been held for 18 years by the Aksu Ferroalloy Plant, a branch of TNC Kazchrome JSC, as part of the Eurasian Group (ERG), ended in Aksu. This year’s annual sports forum gathered a record number of participants — more than 750 young athletes from Nur-Sultan, Almaty, almost all regions of Kazakhstan, five Russian cities and the capital of Kyrgyzstan.

The competitions, which were originally held to support and develop the children of Kazchrome employees, have become phenomenally popular over the years. Teams of young athletes from different regions of the country and abroad are waiting for and are happy to receive invitations from the sports committee of the Aksu Ferroalloy Plant. Many national teams are not here for the first time, but there are also newcomers. This time the rural areas of the Pavlodar region — Irtyshsk, Maikain, Zhelezinka — were actively involved.

“We are very glad to welcome young athletes on our grounds again” — said Sergey Prokopyev, Director of the enterprise, at the opening ceremony — “This is the case when sport really unites the young generation. After all, such sports forums not only develop and improve sports skills, but also strengthen friendship between our regions and countries. In the heat of struggle, where the spirit of healthy rivalry reigns, guys communicate a lot, find new friends, learn a lot about the culture and customs of neighbors, expand their horizons.”

The festival participants challenged the title of the strongest in six sports disciplines. In order to cover such a large number of participants, the plant involved all its own and city sports facilities. For three days, the atmosphere of emotional and intriguing sports clash reigned and children’s voices did not fade. As noted by the organizers, this festival will be especially memorable for footballers (22 teams) and table tennis fans (more than 100 athletes). It is in these kinds of sports that the record number of participants over the past few years has been registered. As always beautiful and spectacular were the competitions in volleyball and basketball. Strong participants, who shone in kettlebell lifting and arm-wrestling, also distinguished themselves.

All the prizewinners of the festival, as well as the best players were awarded cups, medals, diplomas and prizes. Traditionally, the organizers presented memorable gifts to coaches — mentors of young athletes.

Everyone, as well as the high level of social responsibility of the Сompany knows the hospitality of Aksu metallurgists. That makes a significant contribution to the support and development of childrens sports. Sports club “Metallurgist”, once organized on the basis of Aksu ferroalloy plant, today is a center of attraction for fans of active lifestyle, allowed to systematize sports work in the region and made it more focused on mass sports. Now, about 400 children of Aksu region together with adults actively develop and improve their sports talents on club’s training grounds. TNC Kazchrome JSC finances not only the maintenance of sports complexes, services of coaches, but also trips of children to different levels’ competitions.

Sports grounds, which are being built everywhere in the city, also help to maintain an active lifestyle of Aksu residents. Some of them were constructed under a memorandum signed between the Eurasian Group and the Pavlodar Region establishment to support socially significant projects. By the way, the Imanzhusup Kutpanov Palace of Sports with a football field, a tennis court and a badminton court, and an indoor hockey court “Zhalyn” was built for the citizens under the same program.