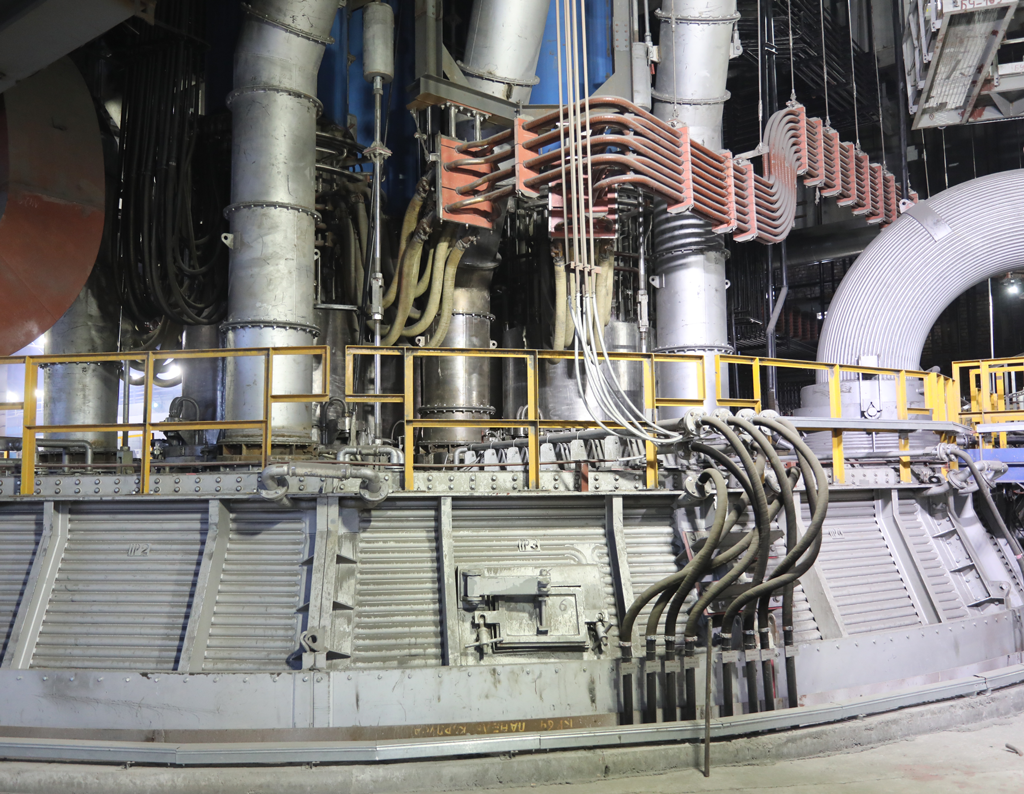 Metallurgical engineers at the Aksu Ferroalloys Plant of JSC TNC Kazchrome (“Kazchrome” or “the Company”), an enterprise of Eurasian Resources Group (“ERG” or “the Group”), have put new smelting furnace No. 64 into operation. The commissioning of the furnace marks the completion of the first stage of the large-scale renovation of the Plant’s Workshop No. 6, its largest smelting unit, which will increase production by 87% by 2024, from the amount produced in 2018. The investment for this project exceeded US$70M.

The renovation of Workshop No.6, as part of an extensive modernisation project of all of the Plant’s primary production facilities, began in 2014. The South African company Tenova Pyromet undertook this work and has also been the principal supplier of equipment.

Reconstruction of the other three furnaces at Workshop No.6 is expected to be completed in 2024 as scheduled. Upon completion, productivity of the workshop will increase to produce 503ktpa of ferrochrome, up from 269ktpa in 2018 and energy consumption will be reduced by 20%.

Sergey Prokopyev, Director of the Aksu Ferroalloys Plant, explained the process: “In 2017, we shut down furnace No. 64 for a major overhaul, dismantled it and replaced it with a new furnace. This was not just a physical upgrade of the furnace. It involved a transition to completely new technology that will enable an increase in output and a reduction in unit energy consumption per tonne of metal produced. The new furnace has improved environmental protection features, two state-of-the-art gas scrubbers. In addition, the ferroalloy gas is collected and is used to help heat charge material during feeding, which also minimises the risk of accidents.”

The furnace was commissioned after a thorough inspection of all systems, which are fully automated and equipped with monitoring instruments. The heat-up of the furnace, which will take 90 days, is proceeding normally. On July 31 the smelting furnace produced its first metal batch.

Henk van der Bijl, a Project Manager at Tenova Pyromet, noted: “This has been a very complex and intensive project but we have achieved our main goal of maintaining the highest standard of work at each stage of its implementation.”