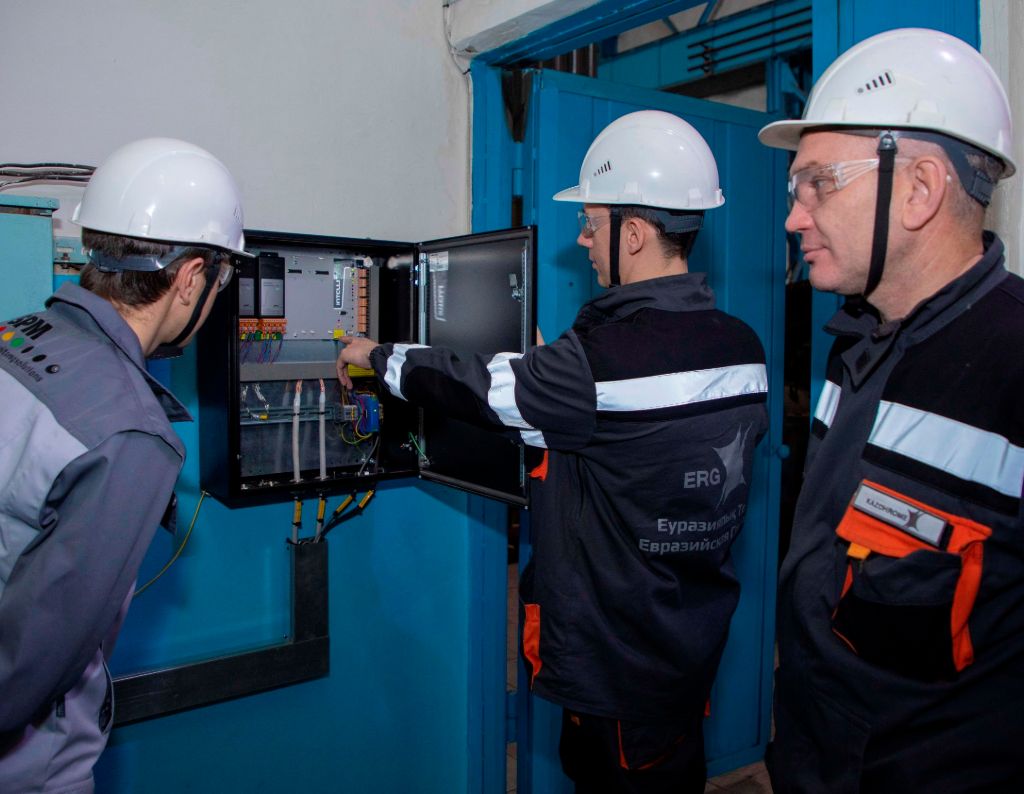 More reliability, less downtime — the stationary diagnostics system for equipment has been launched at Kazchrome. Pilot area for innovation became in Donskoy GOK. The system was implemented in two large workshops — at the mine “Ten Years of Independence of Kazakhstan” and The Ore Beneficiation and Pelletizing Factory.

Those nodes, whose work is not visible to the naked eye, now displayed on monitors, and their status can be easily tracked online. Bearing units of a number of equipment at the mine “Ten years of independence of Kazakhstan” and The Ore Beneficiation and Pelletizing Factory were equipped with sensors that allow real-time controlling of their work. A total of 200 measurement points were installed on 16 units of equipment. Equipment installation, commissioning and start-up were performed by the Russian company “SPM-Instrument”.

For monitoring equipment and its diagnostics we need a system, says Gleb Shevchenko, manager of technical diagnostics and the monitoring of JSC “TNK” Kazchrome “.

— In real time the bearing system on the equipment are controlled. With the help of software algorithms, indication are processed, and issued a conclusion on the condition of the bearings of equipment- engine, gearbox, drive.

The principles of the sensors — the measurement of vibration parameters, including the method of shock pulses, to controlling the general condition and identify defects in antifriction bearing.

The measurement is made with a certain period of time — so, in the life-support units, which include the main fan shaft installation and lifting machines, it takes every three minutes.

— At the mine equipment there are three sensors on one bearing,” says Yury Slesarenko, technical support engineer of SPM Instrument LLC

‒ Control is carried out in three directions — vertical, horizontal and axial.

The signals arriving to the operator monitors displayed according to the principle of a traffic light: green is normal operation, yellow is a warning. Critical red level can be avoided. For example, the operation of the bearing system of the drive fan installation shaft: all the nodes operate in a stable, normal mode.

— “Visually, the bearings are closed, but now we know everything about their condition,” said Raisa Chuvilskaya, motor men of the fan installation of the mine “Ten years of Kazakhstan’s independence”. — If the testimony changes, I will inform my executive board, and we will have time to take an action. Vibration should not exceed certain limits in each of the zones. For the green zone, this limit is 4.5 mm / sec.

— “Knowing the situation in advance, it is possible to eliminate the defect before the breakdown,” says Dmitry Zinchenko, head of the equipment reliability department

— “This will reduce repair costs and eliminate the surprise factor.” From the system implementation we expect to reduce the number of sudden emergencies. The diagnostics system will allow you to get away from the “field” work — measurements, directly, on the units themselves, and devote more time to analysis.

Minimizing equipment failures, unplanned downtime also optimizing repair costs are not the only advantages. The innovation will also reduce planned downtime in favour of situational awareness, which means that it will be possible to prepare in advance the maintenance staff, planned preventive repair materials, and tools.

The first signals of the system are seen by employees who work with the equipment constantly. At the Ore Beneficiation and Pelletizing Factory, the indications are displayed on the monitors of the operators of the production sites of pellets number 1 and 2 (UPO), as well as in the control room of secondary crushing.

The bucket conveyor “Aumond”, a ball drum, a pelletizer drum on both UPO, in conveyor № 2, a jaw breaker and a plate feeder in the case of coarse breaking -in the factory areas, the stationary system has covered the most resource-intensive in terms of repair time, as well as the necessary materials, spare parts and equipment. It is included in the main technological chain of pellet production, and the work of the “heart” of the factory depends on the burning kiln.

The whole history of measurements is preserved, it can be viewed for any period of time. With the FOOR, such information is transmitted over the local data-processing network to the database of diagnostics server, which is located in the automation and communication shop. The specialists will allow to control and analyze the condition of the equipment remotely. In general, the company taken a ply on the digitalization and instrumentation with systems of predictive analytics of the technical condition. So, pilot projects are being implemented in Aktobe and Aksu Ferroalloy Plants. In the future considerations- full coverage of all the most critical technological equipment of the Company with the creation of a single monitoring center.